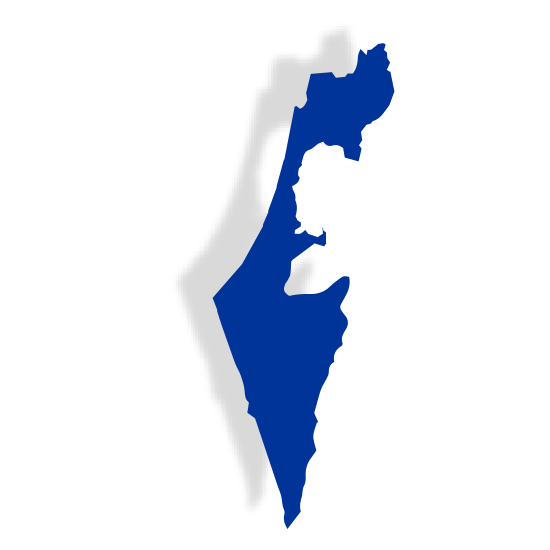 Description of the target community

Over 1.9 million Arab Israeli’s live in Israel and constitute 21% of the population. The Arab community is, generally speaking, very young, with an average age of 22 years and 43% of the population younger than 18 years. Households are relatively large with an average of 4.6 members. Half of the Arab Israeli community lives in the periphery, and the rest live in major cities like Haifa, Jerusalem and Tel-Aviv. Only 52% of the Arab community participates in the labour force, mainly due to low participation of women. However, most have a family member who works in the health system. Household income is little over half of that of the Jewish Israeli community. Although not a homogenous community, socioeconomically it is a disadvantaged group.1www.taubcenter.org.il/wp-content/files_mf/healthofthearabisraelipopulation.pdf All towns and villages with predominant Arab Israeli population are between 1-5 (1-most deprived, 10-least deprived), with a few exceptions.

Compared with the Jewish community, the Arab community was 24% more likely to be vaccinated (HR 1.24 1.15–1.31, p<0.00001) 2Stein-Zamir C., Israeli A. Age-appropriate versus up-to-date coverage of routine childhood vaccinations among young children in Israel. Hum Vaccin Immunother. 2017 Jul; 13(9): 2102–2110. Consent rate to the HPV vaccine was 54.3% among Jewish mothers and 98.8% among Arab mothers. The rates obtained in this study are consistent with the actual rates of HPV vaccine receipt in Jewish schools (excluding ultra-orthodox schools) and Arab schools in Haifa and the northern districts of Israel during the school year of 2016–17. 3Shibli R, Rishpon S. The factors associated with maternal consent to human papillomavirus vaccination among adolescents in Israel. Hum Vaccin Immunother. 2019;15(12):3009-3015

Vaccinations for young children are preventative medicine services provided in Israel through the Well-Baby Family Health Clinics (Tipat Halav) across the country run by the Ministry of health. Young children receive routine vaccinations at these clinics, while older children are vaccinated in schools. These preventive services are provided to the Jewish and Arab populations without distinctions according to the Israeli National Health Insurance Law.4Israel Ministry of Health https://www.health.gov.il/English/Topics/Pregnancy/Vaccination_of_infants/Pages/default.aspx#:~:text=The%20vaccines%20given%20at%20school,3rd%20grade%3A%20Vaccine%20against%20influenza. Accessed June 21, 2021. Despite universal coverage and national health insurance law for all citizens since 1995, Arabs and Jews alike, there are still wide gaps in health care and health indicators between Arabs and Jews. Furthermore, there is systematic discrimination against this community in terms of distribution of State resources. For example, the Arabs comprise 21% of the population; however Arab local councils receive less than 2% of the State budgets.5Amnesty International: Israel and Occupied Palestinian Territories 2020. https://www.amnesty.org/en/countries/middle-east-and-north-africa/israel-and-occupied-palestinian-territories/report-israel-and-occupied-palestinian-territories/. Accessed June 21, 2021. Such systematic discriminatory policies often lead to lack of trust in governmental institutions.

Routine childhood vaccinations are included in the preventive services and are offered to all children without charge, likely a reason for the high vaccination uptake. Vaccinations are provided to all residents of Israel by the Israel National Health Insurance Law, with no distinctions to culture, ethnicity, or religion. A key factor contributing to the high levels of vaccine uptake is that they are free and widely accessible to the population.6Israel Ministry of Health. https://www.health.gov.il/English/Topics/Pregnancy/Vaccination_of_infants/Pages/default.aspx#:~:text=The%20vaccines%20given%20at%20school,3rd%20grade%3A%20Vaccine%20against%20influenza. Accessed June 21, 2021. Studies have shown that the Arab minority in Israel placed a high level of trust and satisfaction in medical professionals (60% vs 27% among the Jewish majority). Mothers reported strong belief that vaccination provides protection from disease. Administering the vaccination in the school setting may also facilitate vaccine uptake.7Shahbari NAE, Gesser-Edelsburg A, Mesch GS. Perceived trust in the health system among mothers and nurses and its relationship to the issue of vaccinations among the Arab population in Israel: A qualitative research study. Vaccine 2020; 38(1):29-38. Information about the vaccine is also available in Arabic.